Republican elect Donald J. Trump wins the U.S. Presidential Election against the female contender and former First Lady, Hillary Rodham Clinton. The race dragged into the wee hours of the night, as popular votes racked up, as states with larger electoral colleges reported as late as 12:30 AM EST. Just after midnight, it was announced, as polls crept up, showing Trump at a healthy lead for much of the final moments. 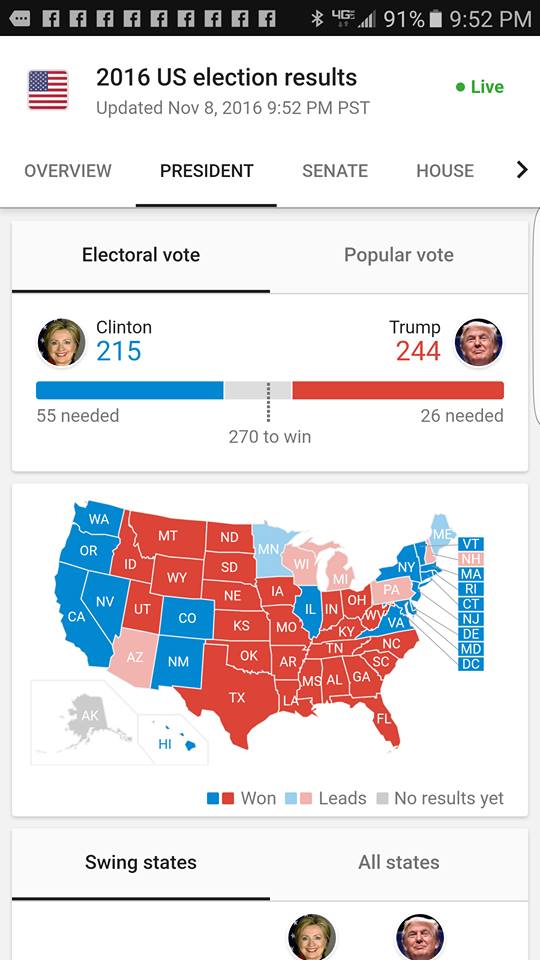 Early reports weren’t in favor of Trump’s victory, as the stock market reported losses across the board and gold prices surged. The Dow Jones U.S. stock futures plummeted, with futures on the Dow Jones falling 792 points (over 5.1%). 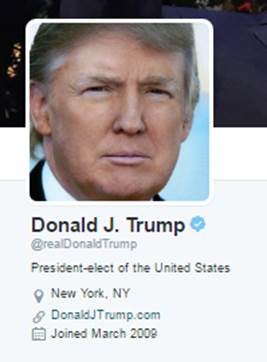 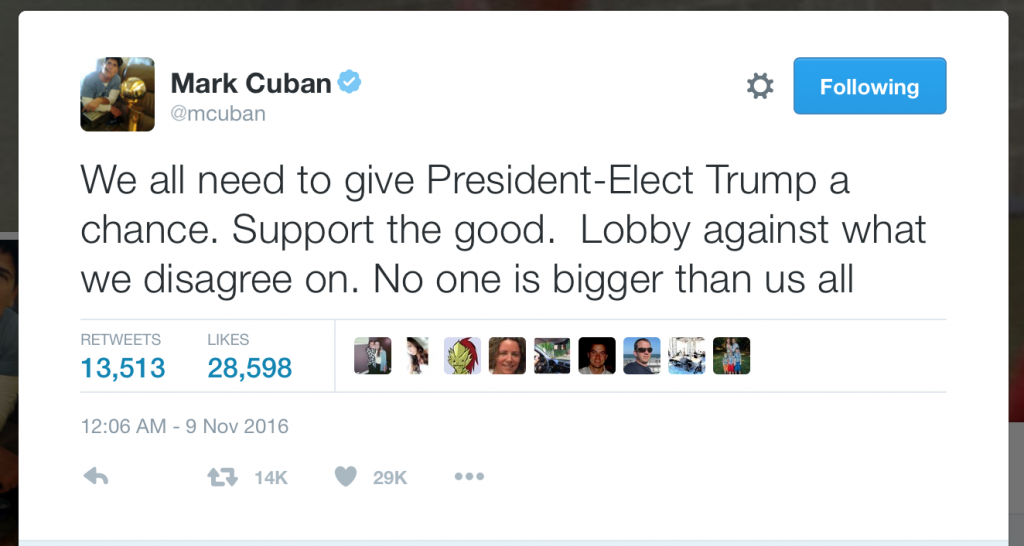 Billionaire Mark Cuban, who famously swore to spend every penny he had making certain Trump didn’t win, posted his own concession Tweet for Mr. Trump, to the joy of many who called him a leader for this country. 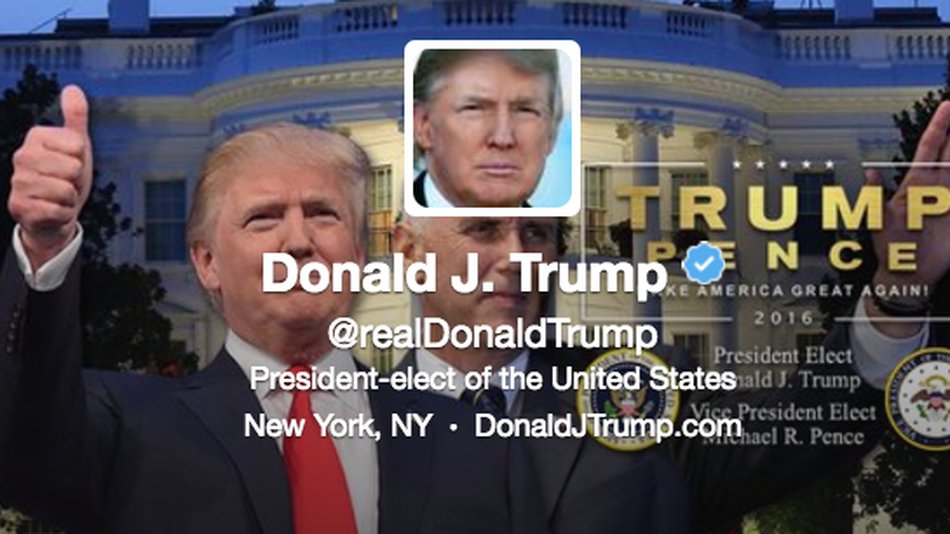 Trump’s Victory Speech immediately posted to CNBC and may other outlets. 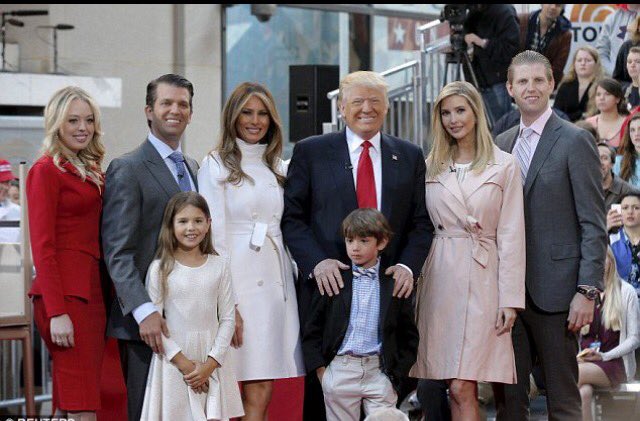 During his 14 minute acceptance speech, Donald Trump seemed to favor the gesture of the ‘okay’ sign with his thumb and forefinger (also known as the ‘666’ hand gesture) often with both, his right and left hand amongst grandiose gestures to open and close the speech, all while saying statements like, “Congratulate us on our victory” and “I love this country”.  Surely this was just a an innocent gesture and not the illuminati sign used by political figures to signal solidarity with its society. Trump’s acceptance speech is well written, and we all hope he means to “be president for everyone in the country” as he says. He spoke of poverty reform, “We’re going to fix the inner cities”, he proclaimed.

Trump also committed to discover untapped talents and overlooked capabilities of the less fortunate. “Everyone will be able to live their full potential, should they desire to.”

People took this election quite personally. Many took to social media, tweeting and facebook posting in a flurry.  Angry and disillusioned Clinton supporters were sad, even claiming to be crying, while others hurtled belligerent personal insults against the new president and his supporters. Of course, there were many that resolved to say whatever neutral or positive statement they could muster. Some Clinton supporters even threatened to unfriend and unfollow anyone who voted for Trump, which was largely responded to by immediate unfriending by the other parties.

We’ve never seen individuals take an election so personally, as was the showdown between Donald Trump and Hillary Clinton for the seat of 45th President of the United States.

Trump, a wealthy real estate tycoon, is the first U.S. presidential candidate without prior political experience to win a presidential election.

Let’s hope this is a benefit to those that are exhausted of the political circus and want to see real economic change initiated by someone who really understands the world economy as Trump should. Unfortunately, his repetitive masonic hand gestures tell us there is more to this presidential candidate than meets the eye.

Congratulations to our new president from the staff at DANTE TV. We pray you’ll  do our country well.

Dante Sears - Dante Sears is the Crowned "Queen of Broadcast Media". She is an international TV Host, Multi-Media Producer, and Public Personality. Dante Sears is the star of the first selfie-cam lifestyle reality show, "OMG Dante!", and the host of talk show "Kiss and Tell with Dante Sears". A multi-certified Master NLP Life Coach and Clinical Hypnotherapist, Dante is on a mission to Heal the World Through Entertainment. Dante applies her metaphysical healing knowledge to every project. @DanteSears | IG: Dante Sears TV